We don't break…we counter! – For Freedom. 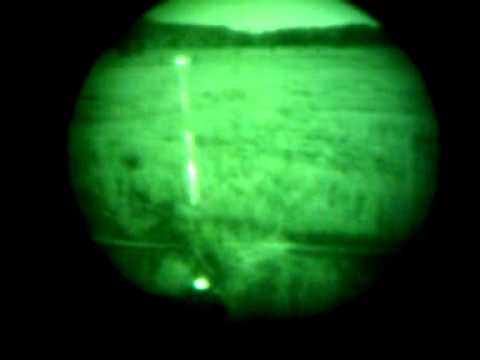 “Shit…did you guys feel that?” I exclaimed.

“Yup, everything seems okay in here, I saw a flash toward 3 mile mountain.” Irish reported. 3 mile mountain, as it’s named, is three miles north of KAF separating KAF from Kandahar City, which was eight miles north from the airport. Many of the rocket attacks on base originated from the Tarnac riverbed that lay at the base of the ridge.

“All traffic, All traffic, KAF is under a rocket attack.” Reported tower and soon to be echoed by Freedom Ops over the radio.

“Well shit, I guess we just hang tight here then.” I stated. We couldn’t do anything until further direction. Safest action was to wait. We were an asset capable for quick medevac, surveillance or even counter attack…Scrappy would let us know.

“All call signs, this is Freedom Ops.” It was Scrappy and his tone was elevated. He was trying to coordinate the various helicopters —  all low on fuel. One returning from battle and one with critically injured crewman all while under a rocket attack: “We are having a rocket attack. One rocket landed on south camp, one north of the wire. Steve and Prof, return to X-ray once tower clears you. Butch, you continue as a medevac priority direct to Role 3 (hospital), Big C, Slayer is moving you off IED task now, coordinate return with tower. Freedom Ops out.” His transmission ended abruptly. As expected, he still had to coordinate with the hospital, report to Intelligence on the helicopter IED trap as well as with the Headquarters regarding the killed insurgents at Dand.

As for us, the buzz of excitement was filling the air, but we sat contemplatively in the droning noise of the running griffon until tower cleared us to lift.

“South camp?” Irish queried. “I hope everyone is okay, that’s where we live.” He blurted referring to almost the entire 30,000 people on base. Not only was it the life-center of the base; it was our home.

“Shakedown two-five flight, your cleared to take off from the FARP and air taxi direct to X-ray. Caution Blowtorch on final approach Role 3,” tower gave us our movement instructions.

“Shakedown two five – roger thanks. I’m visual with Blowtorch.” Irish replied indicating he would remain clear of Butch expediting to the hospital.

I looked out the window and received a thumbs up from Prof. We lifted into the hover and flew over to the parking area. The team was quiet. After shutting down, our eight team members waited together between the griffons – waiting. We were worried for our colleague and the quickest way to gain information was to wait for the remaining Blowtorch team to return. We watched across the airfield towards Role 3 watching the Chinook lift and fly towards us. It landed and was followed moments later by Fender and Big C returning from the hunt. There was both victory and despair floating in the air; it was difficult to process, it was different – regardless how it felt, there was tangible death tonight.

The body language emitted from the Chinook crew as they disembarked the rear ramp was somber. And the Shakedown crew, they were stoic. Big C and Fender were pale and exhausted.

“Let’s just go into the briefing room and wait.” Prof mentioned to our section. “Give ’em space, we’ll find out more in a few minutes.” We walked over to stores and removed our combat gear.

“Sounds good boss.” Snapshot replied quietly. He knew it was an engineer that was at Role 3. Was he injured? Dead? All the engineers shared a brotherhood. It was a small community and they had trained and worked together closely, some for decades. The worry showed on his face. Hawk patted him on the back and the two walked away hauling their Dillons to the gun pit. Irish and me went towards Ops.

I walked into Ops; face was soaked in sweat. It looked like I had just ran a marathon and my flight suit was decorated in salt stains. My face and chin, under the helmet visor line were sunburnt and my forehead imprinted with a line from the helmet’s interior liner as it seemed to fuse to my head in the heat and sweat.

I looked at Scrappy. His face was white with stress.

He glared at me. “During my evaluation as the Operations Officer on our pre-deployment exercise, in Maple Guardian, they gave me a test to see how I would respond to three entirely different situations.” He set the stage looking intense.

“I thought bull-shit, that would never happen! Tonight, I’ve been corrected. I’ve had you guys searching for Taliban and potentially finding a target, then almost blown up by an IED. That was nothing. Then Shakedown 30 has engaged targets, and Gil (the gunner on the Chinook) almost got killed on Blowtorch; he’s in critical condition now at Role 3. And finally, this all occurs during a rocket attack, which, by the way, I’ve heard may have killed some people on the south side.

He shook his head, feeling like he had vented a bit and went back to his duties.

“Get your team together and I’ll debrief everyone together, I don’t want to keep going over this with everyone who passes by,” he ordered.

All twenty airmen plus a few extras sat in the debrief room. Professor had concurrently downloaded the data from the MX-15 and submitted it into Intelligence for an assessment. Scrappy walked in.

“Shakedown 30 got 2 kills tonight.” He stated to start with the victorious news. Our cheers were somewhat suppressed for the rest of the news to come. “That’s the good news.”

“There will be two less IED planters on the planet and the other one has shit in his pants so he’ll be easy for the dogs to find. The UAV is still tracking him and he is currently isolated in a building where he seems to be holding for the night. He’ll soon have visitors.” He reported implying a quick reaction force was being deployed from FOB Dand to arrest him.

“There were four rockets fired at us tonight, a couple landed inside the wire and one into a tent of European soldiers playing cards. There may be deaths with that one, don’t know yet.” He paused and breathed away some emotional stress moisture from his eyes.

“Gil…He’s in critical condition at Roll 3.” His eyes were watery, he reeled back and continued. “The Chinook was doing a heels low pinnacle landing in the Reg Dessert. Gil was lying in the ramp door over the edge. He was directing the pilot down but didn’t see a rock under the other side of the ramp-door.”

Scrappy made a gesture with his hands showing how the ramp of the Chinook, acting like scissors, was forced up and almost cut Gil in half.

“His ballistic vest prevented penetration so he basically got squeezed. The other engineer and gunner couldn’t see but heard his voice change. Tiny ran to the back and saw his face growing like balloon about to pop. He yelled to the pilot to pull up immediately. Gil couldn’t talk during the flight to KAF so they knew it was bad and went to Roll 3.”

It was quiet in the room. Nothing but exhales of contemplation could be heard.

“Steve, You’re up tomorrow night.” He directed as people rose to there feet, murmuring discussion while shuffling out of the room. He was exhausted. Irish and me went to the crew vehicle. We passed Big C and Fender on the way giving them a pat on the back. “Good job guys.” Irish stated.

“It was a bit confusing out there, we’ll tell you about it at tomorrow’s briefing.” Big C answered. His tone was different, a little more stoic.

“It was a helluva day for just a recce.” I tried to be sarcastic.

“Yah, it sure was.” Big C answered flatly; and for the first time I noticed that Big C’s binary smile actually was bent a little down. 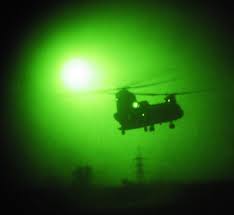